GRF and the environment: not just words, but concrete facts

GRF actively believes in the sustainability of the environment and does so through a real practical commitment. The company is in fact a partner and supporter of Ogyre in the project to remove plastic from the sea. Thanks to this contribution, GRF ensured that 100 kg of waste could be collected, equivalent to 1,000 bottles.

GRF is not limited to helping to eliminate the scourge of marine pollution, but also to concretely support the Lampedusa Turtle Rescue and Caretta Calabria Conservation non-profit organizations. Both are involved in saving and protecting animals living in the sea, increasingly damaged by plastic and by the little respect that man has for the environment. 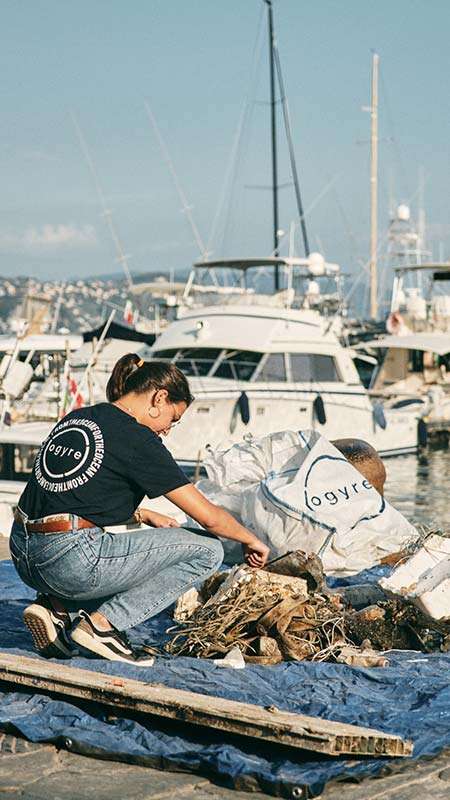 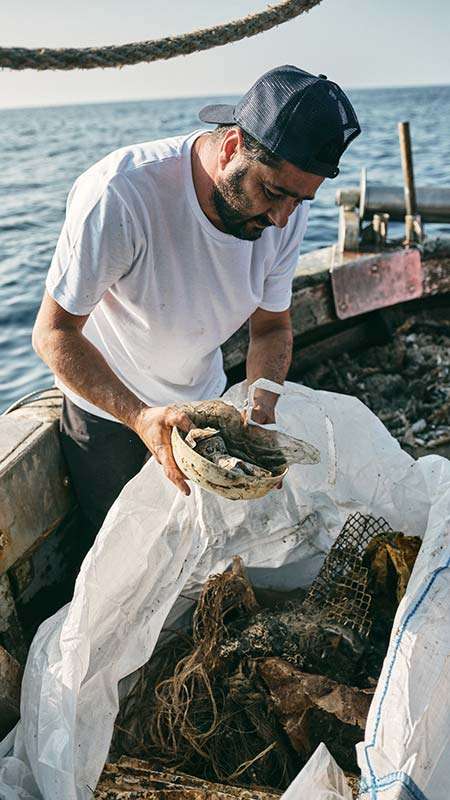 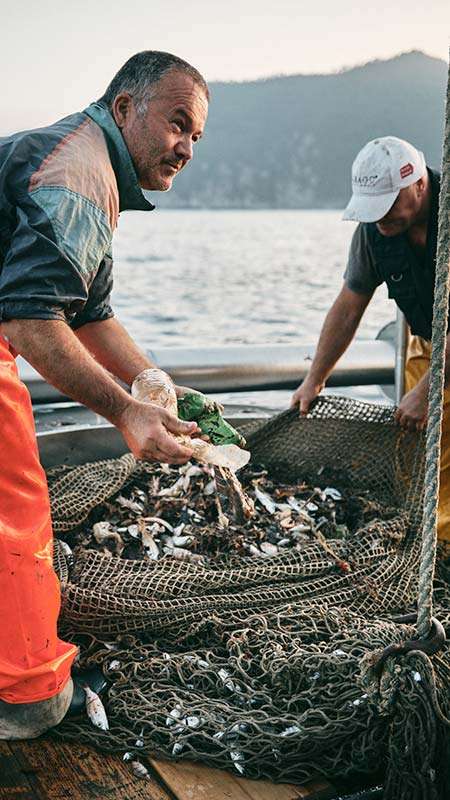 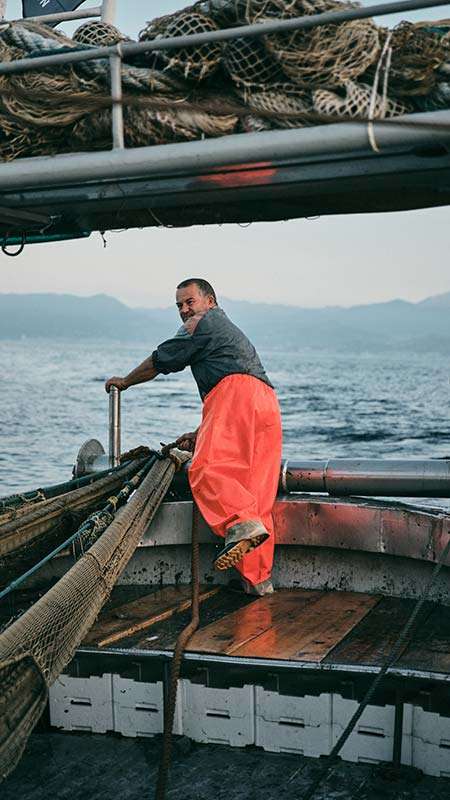 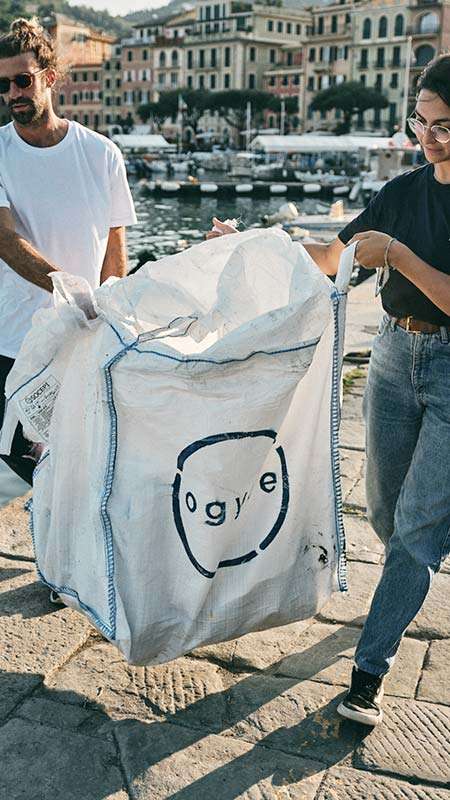 The Fishing for Litter for the environment

Ogyre is the first global platform that uses the Fishing For Litter for the recovery of waste present in marine and ocean waters. The fishermen who daily go out with their fishing boats undertake to recover the plastic entangled in their nets, and then bring it ashore and sort it according to a well-defined criterion. In 2021, with a fleet of 55 fishing boats, 6,405 kg of waste were collected. In 2022, with an increase to 81 units, a result of 70,200 kg of plastic is estimated.

Plastic pollution is one of the most dangerous of all. The amount of waste of this kind is so high that islands of almost unbelievable size are often created in the oceans. The largest, called the Pacific Trash Vortex, is located in the Pacific between California and Hawaii. It follows the ocean current and is therefore always in motion. It is about 60 years old and, although its size is not precisely defined, according to some estimates it could range from 700,000 km2 to over 10 million square kilometers.

Worldwide, an average of 1 million plastic bottles are produced in one minute. To decompose, a single bottle takes 450 years and every year 11 million tons of waste of this kind end up in the sea. It is easy to understand what the impact of this plague is on the ocean ecosystem, which alone contains 80% of living species. Not only that, but considering that the ocean produces about 50% of the oxygen we breathe, absorbing a quarter of the carbon dioxide, we are seriously questioning our survival. 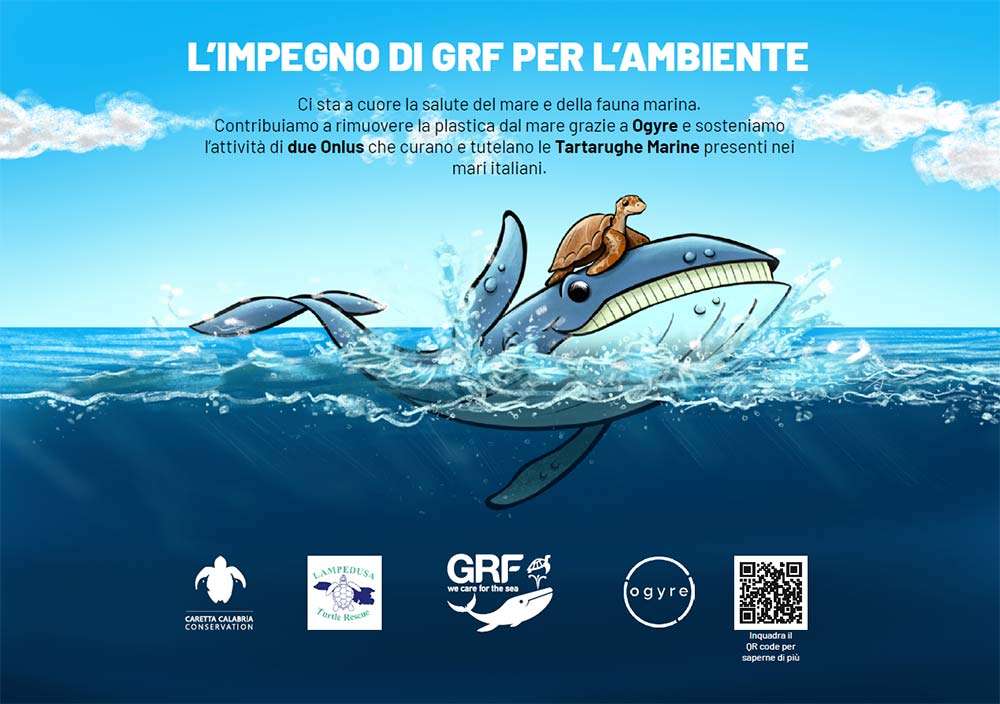 Over 200 turtles helped in one year

Most of the turtles taken in by the Lampedusa Turtle Rescue, of which GRF is a supporter, have been caught accidentally by hooks, longlines or trawls. Not only that, but they can be rescued after ingesting plastic bags mistaken for jellyfish, of which they are greedy. In fact, plastic always hinders digestion and can cause very serious diseases. The program, after the treatment, provides for the release with a marking tag, which allows you to study and deepen the behavior of this animal within its natural habitat. There are about 200 turtles that the Onlus takes care of every year through the work of Italian and foreign volunteers alone.

Preserve and protect the Caretta Caretta

The Caretta Caretta is the most common sea turtle in the Mediterranean Sea. Caretta Calabria Conservation, supported by GRF, has as its main objective the safeguarding and protection of this splendid animal. Not only that, but it also protects the fauna and flora of coastal marine environments. The non-profit organization searches for and monitors turtles nationwide with an eye to the Calabria in which it is based It then collaborates with environmental associations and authorities to preserve the very nature of the coasts. Finally, it carries out training and awareness on the environment and its natural conservation.